Between all of the fun events with friends -
How is your holiday season going?
As busy as mine?

I can't believe Christmas is only a week away!

I love hearing from you all! =) 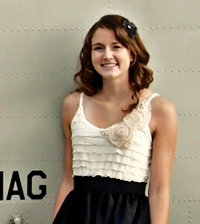 Need to catch up?

Sometimes it's okay to be a follower...

For their sake and ours...

Please remember, you are...